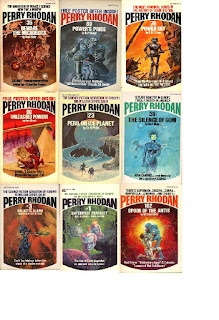 You know The Shadow. You may know The Spider. You definitely know Conan. And after this year’s cinematic offering you also know Valerian, even if you’re not familiar with the original comics.

But are these really the most beloved SFF heroes in print? Really?

Yes, they are definitely at the top – and a convincing case can be made for Conan in particular as a global phenomenon with incredible staying power. But let me introduce you to another hero who is sadly little known in the English-speaking world: Perry Rhodan.

We might argue about whether Donald A Wollheim is the most significant figure in 20th Century science fiction[1] but there can be little doubt about the influence he had on the development of modern science fiction and fantasy[2] is both broad and deep.

He leapt onto the stage early as an ardent fan, and immediately began to shape history: from his proposal for what is arguably the first science fiction convention,[3] through his championing of the fanzine platform via newly-affordable home-printing technologies,[4] and into his uncanny understanding of the potential of rapidly cheapening media such as the pulps and pocketbooks as a platform to make SFF grow[5], his contributions to building the SFF publishing world we know today were enormous.[6]

But where I think Wollheim’s most interesting influence really shows is in his editorial hand. 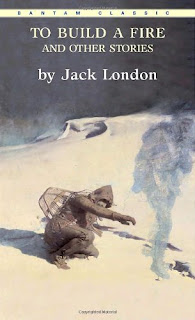 I'm not a Jack London character, but I play one on the internet.
I've long-since taken a mantle here in Japan that includes expectations of 5 day grizzled beard, canvas, and red and black flannel. The weirdness comes when I try to forge places with fellow Canadians or online.

Still, leaning in really is the only answer.

Forge your place, own it, be it.

Such strange roles we forge for ourselves on the internet and abroad, such insistent ur-identities. Do we realise what we're doing, I wonder? How we're slicing ourselves finer and finer until at last we reach some Planck length of self?

The thing is: humans think in shorthand. Thus stereotypes - if we had to analyse in detail every time we met something new we'd get eaten or go hungry: "tigerish- run!" "gazellish - yum!" This part is basic, but we extend the ability via culture to serve social functions. We build up sets of symbols that serve as platonic ideals of things and situations - mythology.

In human terms this mythology serves to tag social place as well - social roles, status, ritual function, etc. We use it to understand the place of others in a situation, but also to signal our own. This is where masks come in.

It's masks all the way down.

We all have multiple roles/identities that apply in different situations. When we take on those roles we display the essential mythology and get affirmation from others' responses "look - I am X" vs "I see you - you are X"

But when you enter a new situation, there's a negotiation - you display your mythological identity, others affirm or reject, rinse and repeat as a) you adjust to expectations and b) they adjust their expectations according to observation ("stripes! Tigerish! Run!....hang on, it's eating grass.").

When the situation isn't just new but completely alien - ie you relocate to another country - there may be little or no overlap between your identity-masks and their expectations. Fundamental things may match - things like expectations for your role as father for example - but there may also be radical differences.


New roles need to be negotiated, but the old mythology doesn't just go away - in real terms they remain part of identity, but are now reinforced in different ways.

They get pared down to truly essential elements, those elements get exaggerated. Some of your identities get distilled into "urSelf". Others begin to blend with local expectations. The latter is integration, the former is dislocation. Both occur and continue to occur for as long as you live once you've been transplanted. At times integration is dominant. Others, circumstances emphasize difference and dislocation dominates. I've noticed that in the latter case people tend to retreat into really essentialist nationalism, clinging to iconic elements of identity and fiercely resistant to any suggestion they exist in anything but an ideal. Rationally, they know it's not the case, but that essentialism provides bedrock affirmation of identity they're not getting from those around them.

On the internet it's a blank slate. You still have identities and others still have expectations, but there are no/few reference points. You throw things at the screen and see what sticks. Then you build on it, emphasize what seems to resonate most widely, what seems to garner affirmation of place.

You forge another mask.
Posted by Unknown at 12:00 PM No comments:

A Rocket to Limbo 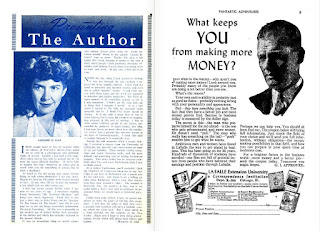 We would, I think, agree that Margaret St. Clair is one of the (late) pulp era greats. Here is her autobiographical essay published in Fantastic Adventures (Ray Palmer ed.) in November 1946[1] to accompany her first published science fiction story: “A Rocket to Limbo.”

There are a few notable things here, I think: 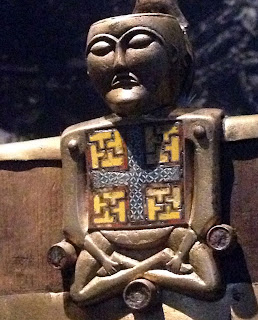 Imagine an alternate history in which the first European settlers of Iceland and Greenland were Vikings.

Standard fare, sure, but how about this:

At first these Vikings went about things in typically Viking fashion, complete with Althings, expeditions to Vinland, and grand tales of daring do by warriors set on feasting in Valhalla with the gods.

In their expeditions across the Arctic, through Hudson’s Bay and beyond in search of furs, ivory and trinkets traded up from the South (Aztec gold, perhaps? Lapis lazuli amulets? Strings of gem-like shells?) they ultimately begin exploring the west coast of the continent – eventually coming into contact with the Chinese colonies there.

And so, rather than converting to Christianity these New World Vikings converted to Buddhism.

True to the transcendental traditions of their own go

ði, these alter-Vikings adopted an esoteric approach to Buddhism, something like Shingon or Tangmi/Mizong – with their practice founded on the idea of Odin as their own boddhisatva, and ultimately developing a tradition of warrior mystics who seek enlightenment through development of their bodies in the fighting arts and various ascetic techniques and mortifications.

In the end, the religious text "The Diamond Edda" would be the foundation of this tradition, and berserk a manifestation of transcendental Zen as the masters of this tradition release attachment to the self and thought and immerse themselves in the moment of battle.

Sun darkened, half-clothed warriors - shaggy in the fashion of the Indian ascetics - would necessarily wander the frozen steppes of the Arctic circle, the crunch of their fur-wrapped feet on the snow nearly drowned by the rhythmic "jingle...jingle...jingle..." as their belled staves strike the ground.

Naturally, their robes would be blood red, their furs white.

And the infidel would weep with terror in the night.
Posted by Unknown at 12:00 PM No comments: 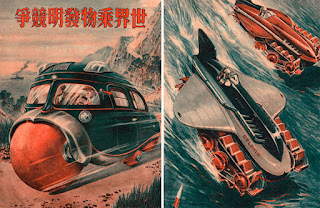 Last time, in Denki Jidai, we followed the transformation of Japanese genre fiction through what might be seen as a kind of “industrial revolution” – from the Meiji era on, Japan was absorbing and adapting Western technologies and ideas at a breakneck pace, and by the 1920s and 1930s hunger to catch up with the Western powers and take a place on the world stage had led to the import and translation of a variety of major Western writers.[1]

As the new technologies – particularly medical sciences and electrification/radio – exploded into the public consciousness, so too did technology start to play a larger and larger part in the adventure and mystery stories that were so popular.  Domestic authors like Yokomizo Seiji, Kosakai Fuboku, and especially Unno Juza were pushing the art of fantastic fiction into the public view, blending the shocking implications of the new technology with the drama and excitement of murder mystery and adventure.

But it’s really what came next, after the shattering social and intellectual impact of World War 2 and the reality of the Bomb, that really sparked the amazing evolution of Japanese fantastic fiction in the following decades. So come with me now to trace the three pillars of that transformation: Henshin![2] 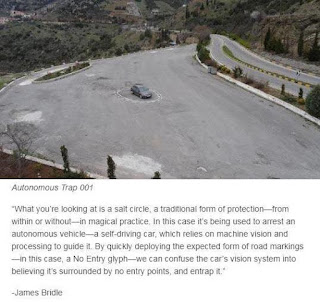 What if rather than being a demonstration of how autonomous vehicle sensors work and how stupid automotive AI systems are this was evidence of something more...arcane.

Evidence that AIs are actually bound demons, for example.

Or evidence that instead of computers "next generation" vehicles are in fact controlled by the zombie brains of the long dead. (zombies also being notoriously averse to salt)

Or evidence that the "quantum" effects of microchip systems are in fact a matter of resonance with a parallel world, that when our bits are zeros their bits are ones, and that sometimes - just sometimes - when the veil between us thins...